Home»Reviews»ALWAYS LOOK ON THE BRIGHT SIDE OF LIFE 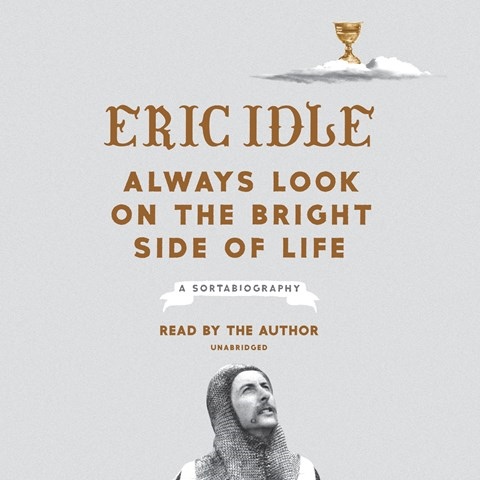 ALWAYS LOOK ON THE BRIGHT SIDE OF LIFE A Sortabiography

Eric Idle telling his own life story? Can it get any better than this? I think not. In one of the funniest audiobooks of the year, Idle uses funny voices, Monty-Pythonesque routines, and his own god-given distinctive British accent to talk about his life--the good times and the hardships (but mostly good times) before, during, and after his time with Monty Python. Idle's audiobook is like a phone call with a friend who has a very long answer to the question, "So how have you been?" He talks about hobnobbing with superstars like George Harrison, Paul Simon, and Mick Jagger and recounts the ups and downs of the entertainment business. The comedy bits are hilarious, and the backstage gossip about Monty Python and movies is priceless. This funny, charming audiobook will make listeners jealous of Idle's life. M.S. Winner of AudioFile Earphones Award © AudioFile 2018, Portland, Maine [Published: OCTOBER 2018]