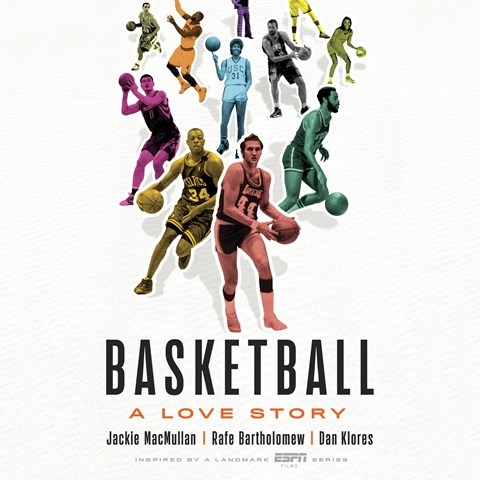 Based on the ESPN series, this audiobook is helped and hindered by its television origins. It's helped because the listener is familiar with the subjects: basketball stars--from players Magic, Kobe, and LeBron to coaches Phil Jackson, Pat Summit, Gino Auriemma, and dozens more. Compiled from thousands of hours of oral histories, the stories provide much to learn and enjoy. But the production is hindered by its adherence to the sound-bite nature of TV. And the absence of the actual voices so present in the televised version can be distracting. No matter how earnest their effort, the various narrators come across as inauthentic. That said, those who made America's game a worldwide phenomenon are given their due. A.D.M. © AudioFile 2019, Portland, Maine [Published: JANUARY 2019]