Home»Reviews»BRIEF ANSWERS TO THE BIG QUESTIONS 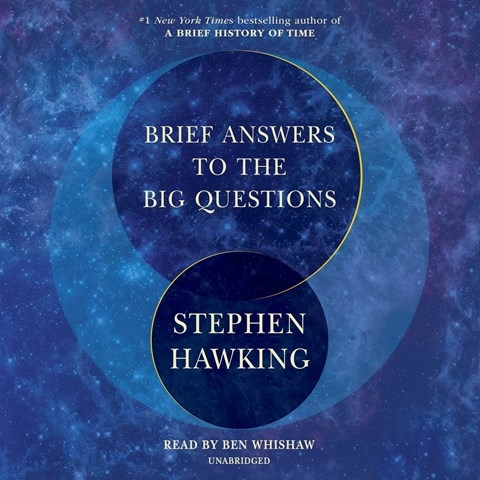 BRIEF ANSWERS TO THE BIG QUESTIONS

The distinctive computer voice of the late Stephen Hawking makes several cameos in this audio, which was cobbled together from speeches and notes and completed after his death in 2018. Each of the "big questions" Hawking answers--about the existence of God, the origin of the universe, the probability of alien life, and the risks of artificial intelligence, to name a few--is introduced by Hawking's daughter, Lucy, who adds a personal connection. The heavy lifting, however, is superbly handled by British actor Ben Whishaw, whose voice is as graceful as Hawking's writing. Despite the philosophical heft of the material, Whishaw's delivery is warm, inviting, and wise. This is an approachable summary of the final thoughts of one of our generation's great popularizers of science. D.B. Winner of AudioFile Earphones Award © AudioFile 2018, Portland, Maine [Published: DECEMBER 2018]