Home»Reviews»THE SPLENDOR BEFORE THE DARK 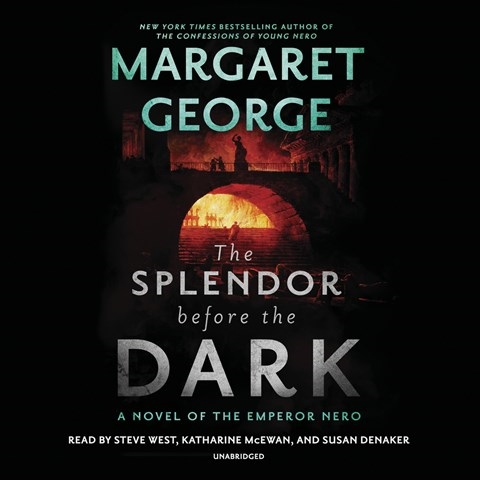 THE SPLENDOR BEFORE THE DARK Emperor Nero, Book 2

Listeners engage George’s epic second novel where THE CONFESSIONS OF YOUNG NERO leaves off. Re-creating the life of the Roman emperor who allegedly fiddled while Rome burned, the story begins with that famous fire and follows Nero through his last years. Steve West carries the lion’s share of the narrating as Nero recounts events as he lives them. Katharine McEwan and Susan Denaker ably support the narration with smoothly executed performances. As Nero devotes himself to the massive undertaking of rebuilding Rome, West shows him making enemies, overturning insurrections, and swallowing the bitter pill of disloyalty from those he trusts most. West, in tones alternately hopeful and loving, vindictive and self-deluding, does a terrific job imagining the many facets of the frequently misrepresented emperor. S.J.H. © AudioFile 2019, Portland, Maine [Published: JANUARY 2019]