Home»Reviews»THE SPY AND THE TRAITOR 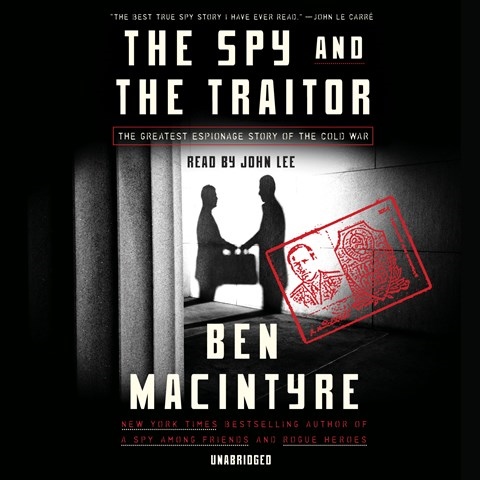 Secret messages in train stations, radioactive dust sprinkled on shoes--these sound like props in a spy novel, but they're part of the genuine spycraft that forms the backdrop of this masterful tale of a real-life double agent. It doesn't hurt that narrator John Lee's voice recalls Sean Connery in the classic James Bond movies as he introduces Oleg Gordievsky, a high-ranking officer in the KGB who landed a job in London in the 1980s so he could pass intelligence to Britain. You'll want to make time to listen to the final section in one sitting, as Lee will have you biting your nails during the account of Gordievsky's harrowing escape from the Soviet Union. D.B. © AudioFile 2018, Portland, Maine [Published: NOVEMBER 2018]