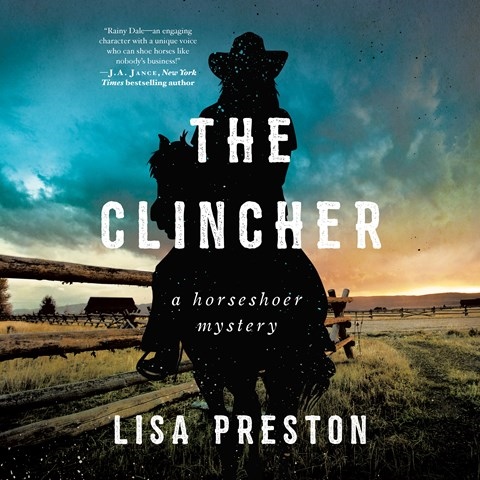 Narrator Megan Tusing portrays the sassy and often abrasive Rainy Dale, a young upstart horseshoer in a Central Oregon town. Tusing employs a Texas twang, which initially seems overdone but turns out to be a good match for the colorful phrases and dropped consonants of Rainy's dialogue. When one of Rainy's clients turns up dead and she becomes a suspect, she pokes around town for answers. Tusing reveals Rainy's hidden vulnerability as she pushes back against her growing relationship with Guy, her landlord, who knows his way around a kitchen but not a horse. Other male characters--the handsome town veterinarian, the aggressive stepson of the murdered horsewoman, the old-boy farrier threatened by competition from Rainy--are rendered with just enough personality to differentiate them. N.M.C. © AudioFile 2019, Portland, Maine [Published: MARCH 2019]