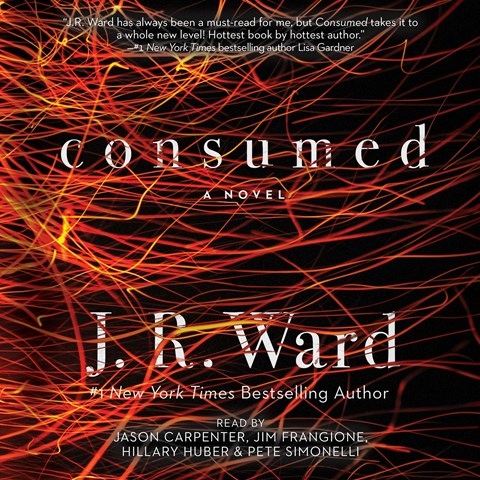 Narrators Hillary Huber, Jason Carpenter, Jim Frangione, and Pete Simonelli bring to life the story of firefighters Anne Ashburn and Danny Maguire. Anne suffers a career-ending injury and has to change her profession from firefighter to fire inspector. Her first case involves an abandoned warehouse fire that is similar to the fire in which she was hurt. The narration flows seamlessly among the four narrators with Carpenter, Simonelli and Frangione capably handling the female voices and Huber doing equally as well with the male. The story takes place near Boston, and some of the narrators attempt the Boston accent with some success. All four help the listener feel the emotions of the characters. S.B. © AudioFile 2018, Portland, Maine [Published: NOVEMBER 2018]