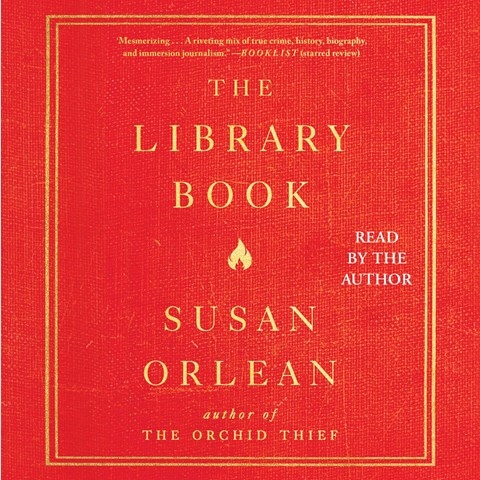 Susan Orlean is a wonderful narrator for her terrific new book--part memoir, part paean to libraries and librarians, with a focus on the Los Angeles Public Library and the unusual man who may or may not have caused the library's catastrophic 1986 fire. As she has proven in such books as THE ORCHID THIEF, and in her work for THE NEW YORKER, Orlean is an amazing writer. At first, I was less sure about her reading. Her Midwestern voice is flatish and somewhat nasal. But it's well modulated and unique, and the narration is well paced. Soon, I relished her sound as much as her words. The audiobook is addicting--full of intriguing, sometimes bizarre factoids, with a beautiful story arc, and lots of humor. Enjoy. A.C.S. Winner of AudioFile Earphones Award © AudioFile 2018, Portland, Maine [Published: OCTOBER 2018]