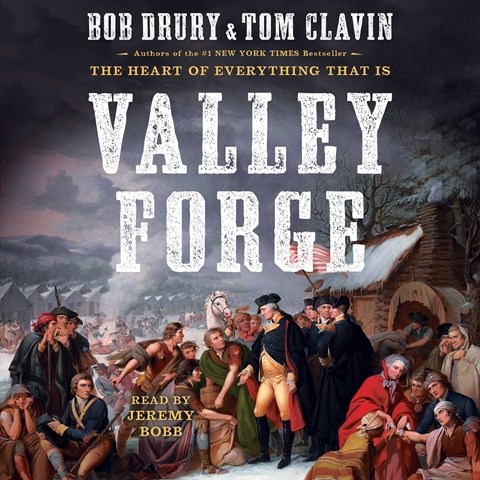 While General George Washington's winter encampment at Valley Forge was the grim low point of the American Revolution, this fine audiobook history of those trying months and the pivotal battles that followed will grip listeners as no other chapter in American history can. Jeremy Bobb is a steady, highly skilled narrator who is reminiscent of David McCullough in the straightforwardness of his delivery. His calm steadiness will carry even the most fainthearted listener through passages that are unavoidably bleak while conveying the steely determination that was at the heart of the American Revolution. Most expressive is the character of Washington--a leader of enormous skill, intelligence, and integrity who nearly single-handedly kept the revolution alive. D.A.W. Winner of AudioFile Earphones Award © AudioFile 2018, Portland, Maine [Published: NOVEMBER 2018]