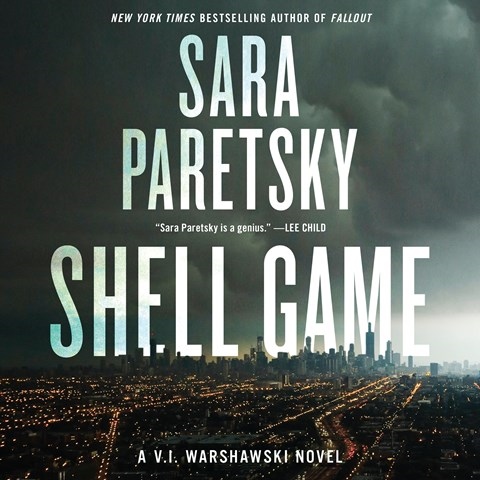 Susan Ericksen narrates this installment in the V.I. Warshawski mystery series. When a young man is suspected of murder because his phone number is found in the victim's pocket, Warshawski becomes entangled in a web of Middle Eastern archaeological artifacts, a shady payday loan business, Russian gangsters, and missing nieces recently rescued from working the streets. The investigator becomes confused and frustrated, but Ericksen maintains a crisply articulate characterization as V.I. pursues the truth. Ericksen's portrayal of a Syrian refugee is lovely, and she renders the nieces as annoyingly entitled millennials. Most entertaining is her narration of Warshawski's ex-husband, a sleazy lawyer who is the common thread in a chain of criminality. N.M.C. © AudioFile 2021, Portland, Maine [Published: MARCH 2021]