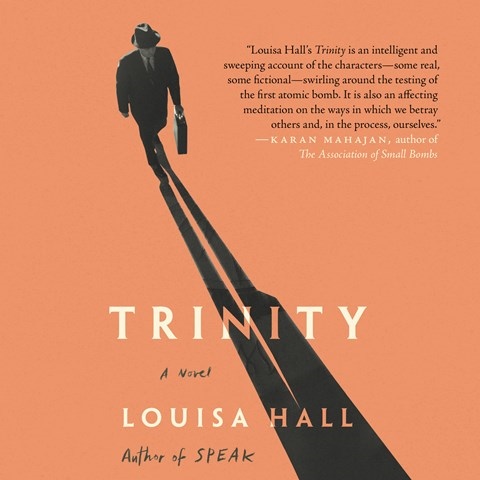 An all-star cast of narrators takes turns performing the "testimonies" of fictional characters who share stories about Robert Oppenheimer, head of the U.S. atomic bomb project. We hear from his students, friends, and colleagues at various points in his life--when he worked at the Los Alamos research facility and at Princeton as well as when he underwent a brutal loyalty interrogation in the McCarthy era. There are no weak links in this group of narrators, though not all of the women succeed in rendering the deeper male voices in dialogue. Each character reveals a different aspect of Oppenheimer, a complex man who was inconsistent in his feelings about atomic weapons. An underlying theme is how women were treated in the 1940s and how they coped with their limited choices. C.B.L. © AudioFile 2018, Portland, Maine [Published: NOVEMBER 2018]