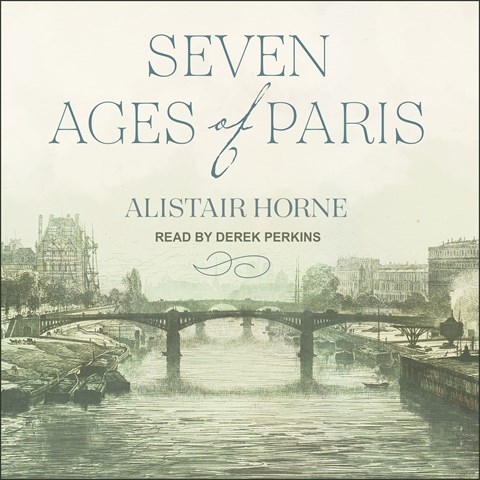 The audiobook, as most audiophiles would agree, is an enhancement of the imagining powers of the listener. That's doubly true for histories, which as much as fantasy or science fiction require the evocation of an alternate world whose thinking and social customs are often alien to our own. A case in point is this history of Paris, vividly and eloquently written by one of the most engaging of popular historians and delivered by one of the most accomplished of narrators, Derek Perkins. This simpatico match travels the busy centuries of Paris's founding, growth, and survival, a story in which architecture plays as important a role as kings and armies, and in which the human comedy is always center stage. If you've ever been there, or never been, or wish you were there right now--here's the perfect companion, a tour of the city with the best of guides. D.A.W. Winner of AudioFile Earphones Award © AudioFile 2018, Portland, Maine [Published: DECEMBER 2018]