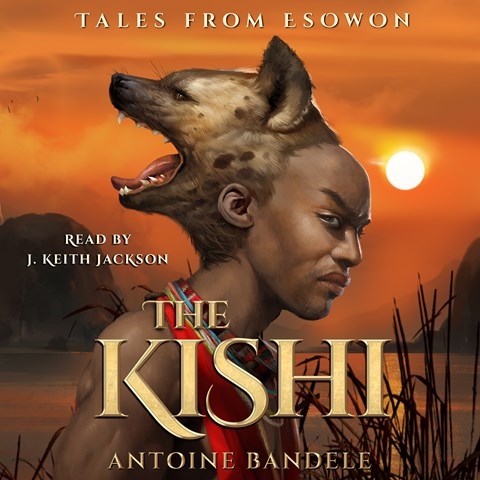 THE KISHI Tales from Esowan, Book 1

J. Keith Jackson narrates an epic African fantasy featuring warriors, demons, and monks-in-training. Amana has come to the village of Bajok to learn from a reclusive master. He ends up staying when it becomes clear that there is a supernatural threat to the population. Jackson creates a vibrant cast of characters, including somewhat feckless Amana, brave warrior Nya, wiley elder Uzoma, and noble fighter Kojo. While the plot occasionally suffers from a lack of focus, Jackson is not deterred from bringing the dangerous and breathtaking world of Esowan to life, clearly reveling in the chance to do so. Postproduction sound effects add extra flair to a dramatic story. K.M.P. © AudioFile 2018, Portland, Maine [Published: NOVEMBER 2018]