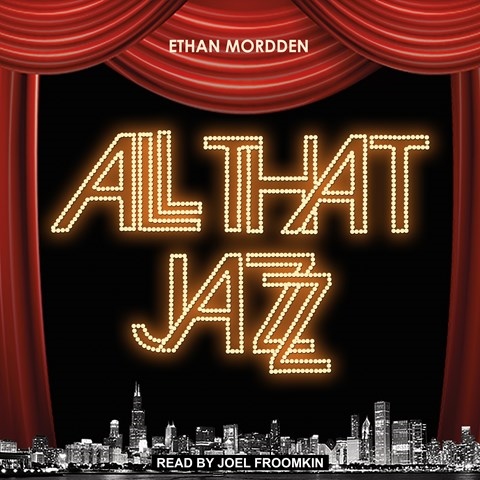 ALL THAT JAZZ The Life and Times of the Musical Chicago

If this were just an audiobook about the evolution of the play CHICAGO, it would be engaging, but with Joel Froomkin's narration, it is absolutely delightful. Froomkin's performance is a marvel, making the politicians, the "dolls," and the smoke-filled rooms of the notorious city sizzle with decadence. The narrative details the play's extensive history: the Maurine Watkins play (1926), two early movies (CHICAGO in 1927 and ROXY HART in 1942), a Tony-winning Broadway musical (1975), and the Academy Award-winning musical (2002). Ethan Mordden gives us lots of juicy backstory about the famous and infamous and their assorted connections to the characters in the play. Through quotations, anecdotes, and bits from the plays and musicals discussed, Froomkin's vocal dexterity and impressive range of accents provide wonderful listening. S.J.H. Winner of AudioFile Earphones Award © AudioFile 2018, Portland, Maine [Published: NOVEMBER 2018]