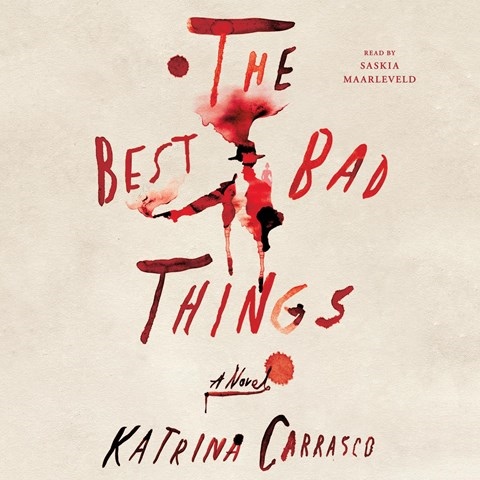 Narrator Saskia Maarleveld works hard to make the story flow in this Western thriller. It's 1887, and cross-dressing ex-Pinkerton agent Alma Rosales, a.k.a. Jack Camp, works for Delphine Beaumond, a sexy but ruthless crime boss and madam on the West Coast. Maarleveld uses her most sultry voice for Alma's sporadic female appearances and gravelly tones for her alter ego, Jack. Out to foil a heroin smuggling ring in Washington Territory, Alma as Jack brawls on the docks, hassles the local drug lord, and seeks a drug thief while reporting back to Beaumond and the Pinkertons. Bisexual, flirtatious in both personas, with a somewhat violent streak, Jack is out to get the thief and the women who cross her path. Shifting timelines and loyalties require listeners' undivided attention. M.B.K. © AudioFile 2019, Portland, Maine [Published: JANUARY 2019]