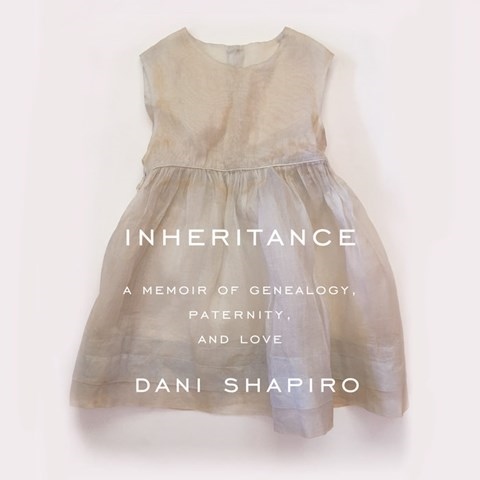 INHERITANCE A Memoir of Genealogy, Paternity, and Love

Dani Shapiro has written a "memoir of genealogy, paternity, and love" and the journey she began in 2016, at the age of 54, when DNA test results revealed her paternity was not what she had been raised to believe. There is, at times, an understandable underlying strain of anger in her voice as she travels back in memory, recalling a childhood in which she grappled with her "otherness," specifically, how people would question her Jewish ethnicity and comment on how she didn't look like anyone in her family. For the most part, however, Shapiro delivers her story in a detached voice that belies the toll this life-altering news took on her heart, mind, and soul, making its impact more powerful and universal. N.E.M. © AudioFile 2019, Portland, Maine [Published: JANUARY 2019]