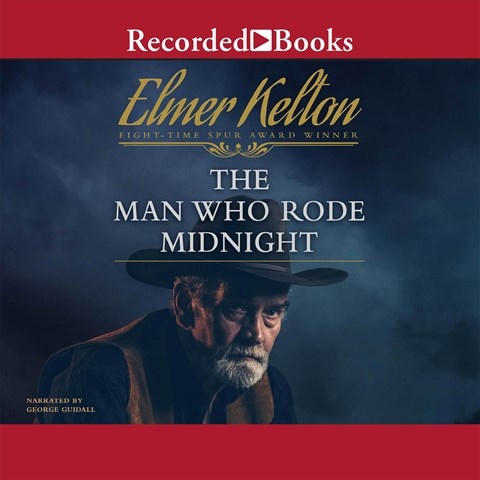 THE MAN WHO RODE MIDNIGHT

The Old West is filled with stories in which one man stands in the way of progress, and that is the case with this in this contemporary tale. Tough-as-an-old-saddle Wes Hendricks has no interest in selling his dusty ranch to make way for a new lake intended to draw tourists to the depressed west Texas town of Big River. Narrator George Guidall is a magician at creating a world in which well-drawn characters speak their truths and stand up to extraordinary pressure from the town, including the strong-arm tactics of the local sheriff. Wes's grandson adds a level of tenderness to the mix as this heartfelt melodrama unfolds. Guidall creates the gravelly tone of a man who's had a hard-fought life while portraying the antagonists with just the right level of scorn in his voice. R.O. © AudioFile 2019, Portland, Maine [Published: JANUARY 2019]