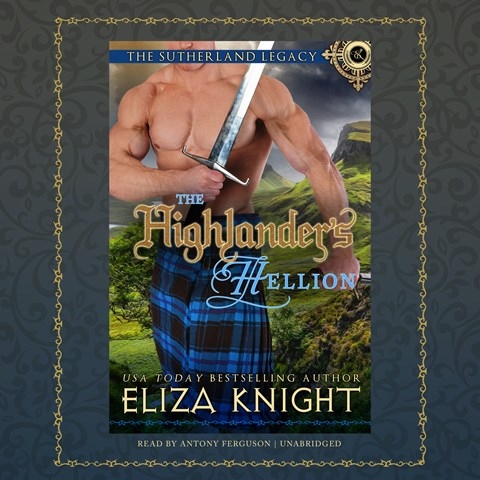 Antony Ferguson's narration elevates this somewhat predictable tale of a headstrong lass and a gruff Highlander in twelfth-century Scotland. Roderick the Grim finds a shipwrecked Lady Greer washed up on the shore, and, though she is a former nemesis of his, he takes her back to his castle to tend to her. After a night spent warming her with his body heat, romance begins to bloom between the two. Ferguson's character portrayals are excellent, and his comic timing in the novel's humorous scenes is superb. But even a skilled narrator can't overcome a tired plot, and there are several moments in the story when anachronistic phrasing pulls the listener out of the medieval setting. Did they say "no big deal" in the twelfth century? L.C.L. © AudioFile 2019, Portland, Maine [Published: JANUARY 2019]