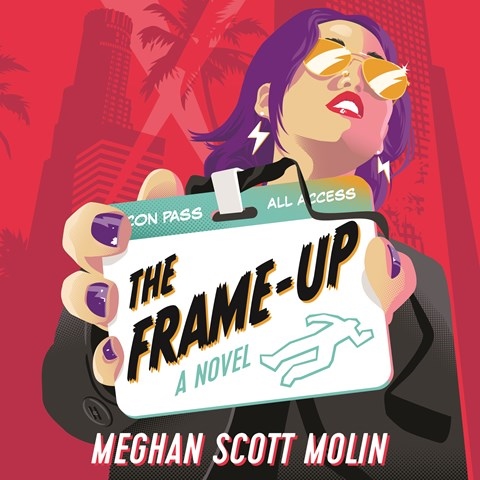 Narrator Andrea Emmes brings a Betty Boop-like enthusiasm to her voicing of comic devotee MG Martin. When MG remarks on the similarity of a newspaper crime scene photo to a scene from her favorite childhood comic, the detective holding the newspaper recognizes her expertise and hires her as a consultant. Emmes portrays MG as the determined amateur sleuth she is, while making the most of the banter between her and Detective Matteo Kildaire. MG and Matteo’s relationship takes advantage of the many pop culture references integrated into the text, which are also used to differentiate Matteo from MG and her friends. Sci-fi and mystery fans will particularly enjoy the humor of Matteo’s slow introduction to geek culture and eagerly await the next installment. E.J.F. © AudioFile 2019, Portland, Maine [Published: JANUARY 2019]