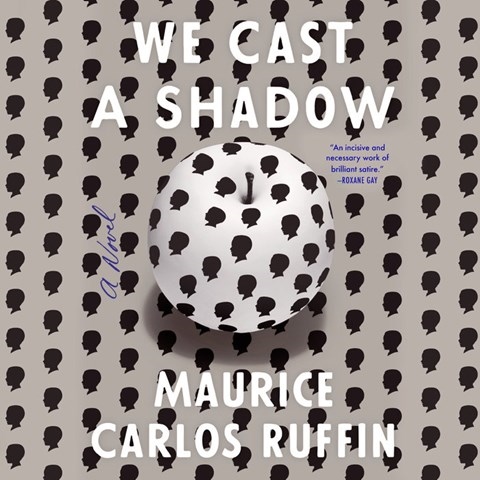 WE CAST A SHADOW

Narrator Dion Graham gives an adrenaline-filled narration of a father's obsessive drive to save his son from being marked for life. With darkly comic singled-mindedness, the nameless black protagonist pursues a promotion at his law firm that would finance the removal of the birthmark spreading across the face of his otherwise "perfectly white" biracial son. Graham's reading--relentless and frenetic from word one--may initially grate on listeners. However, as the story develops, its suitability to the character and his situation will become more and more apparent. Set in an alternative America too close for comfort at times to the current one, this novel is a chilling spin on what "post-racial" looks like in a world that refuses to admit its racism. K.W. © AudioFile 2019, Portland, Maine [Published: MARCH 2019]