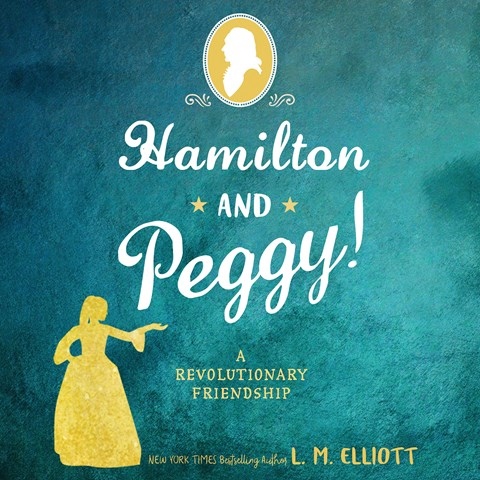 HAMILTON AND PEGGY! A Revolutionary Friendship

Narrator Cassandra Campbell's warm tone suits this fictionalized story of the Revolutionary War, told largely from the point of view of Peggy Schuyler, third daughter of General Philip Schuyler. The story follows actual events, allowing Peggy to interact with Alexander Hamilton as he asks Peggy to help him court her sister. Other historical figures are part of the story as well. Peggy is more interested in participating in her father's espionage work than in finding romance. Her intelligence is demonstrated by Campbell's smoothly uttered French, while her devotion to family is shown through her worries about her sister, notably her misgivings about whether Hamilton is the right man for Eliza. This is a captivating and winning story. E.J.F. © AudioFile 2019, Portland, Maine [Published: MARCH 2019]