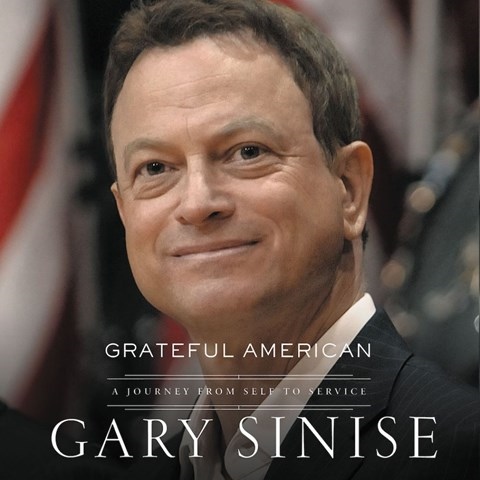 GRATEFUL AMERICAN A Journey from Self to Service

Actor Gary Sinise's familiar gravelly voice evokes genuine emotion as he tells of his struggle to find his place in the acting world and how he was inspired to give back to the men and women who serve in the U.S. military and to first responders like police and firefighters. Sinise uses his skills as a director and writer to bring order to the scenes described in the story. He allows emphasis, pacing, and dramatic pauses to create emotional tension in the listener. Sinise draws on his experience as a veteran audiobook narrator to deliver his own intriguing story. Listen with a box of tissues and enjoy the twists and turns that brought Sinise to war zones and, eventually, the White House. R.O. Winner of AudioFile Earphones Award © AudioFile 2019, Portland, Maine [Published: MARCH 2019]