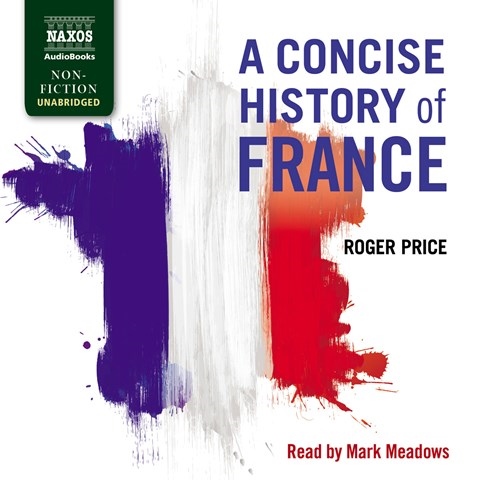 A CONCISE HISTORY OF FRANCE

Narrator Mark Meadows has a fine, strong voice; a pleasing British accent; evident skill and intelligence; and remarkably good pronunciation of French, a requirement for this history of France from the late Middle Ages to the present. But while those who listen to complex nonfiction must have time to absorb information, Meadows often pauses a bit too long between sentences. This distracting tendency is exaggerated because the book--an abstract socioeconomic history mired in disputes among historians, lists of statistics, and bewildering political detail--is often tedious, a poor choice for audio listening. When it switches to narrative dealing with people and events and actually flows, the between-sentence pauses are less troubling. Meadows, and listeners, would be better served with a history not drained of almost all drama. W.M. © AudioFile 2019, Portland, Maine [Published: AUGUST 2019]