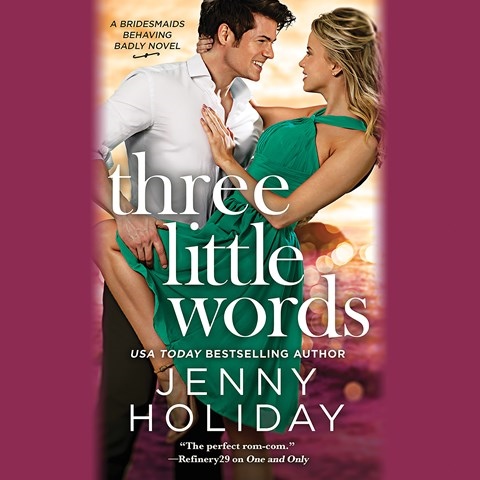 Narrator Angéle Masters perfectly portrays model Gia Gallo, who has been tasked with bringing her close friend's wedding dress to Florida, where the ceremony is being held. But now she--and the dress--are trapped at an airport by a blizzard. Gia has a strong personality, and Masters gives her the right tone, especially when voicing her frustration at one canceled flight after another. Gia and best man Bennett Buchanan end up traveling south together. Bennett is a Southern chef who owns a restaurant in New York City, and Masters gives him a subtle Southern accent. At a later point in the story, listeners will be drooling as Gia appreciates his culinary creations. Masters also captures all the fun and romance of the wedding once it takes place. S.B. © AudioFile 2019, Portland, Maine [Published: MARCH 2019]