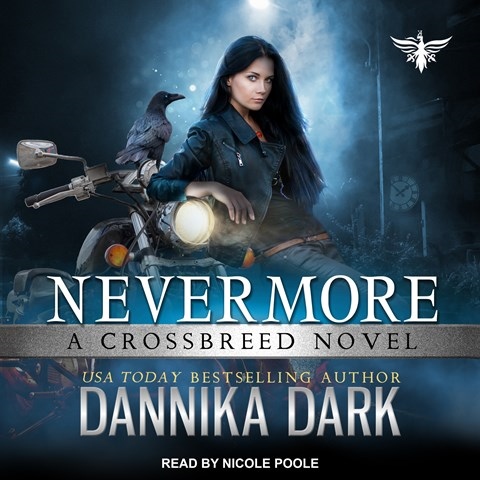 Narrator Nicole Poole returns to the sixth book in the Crossbreed series to wow listeners with such vocal versatility that it sounds like an entire cast of narrators is at the helm instead of just a single voice. Raven is home to repair her relationship with her father, but even as she learns of the staggering amount of debt he's in, she wonders whether her romance with vampire Christian is on the rocks. While navigating professional and personal issues on all sides, the only thing that's certain is that her heart--and her life--are on the line. Deftly switching between gruff male tones, an Irish lilt, a European upper-crust accent, and Raven's own quippy lines, Poole gives listeners an experience they'll listen to again and again. A.L. Winner of AudioFile Earphones Award © AudioFile 2019, Portland, Maine [Published: JULY 2019]