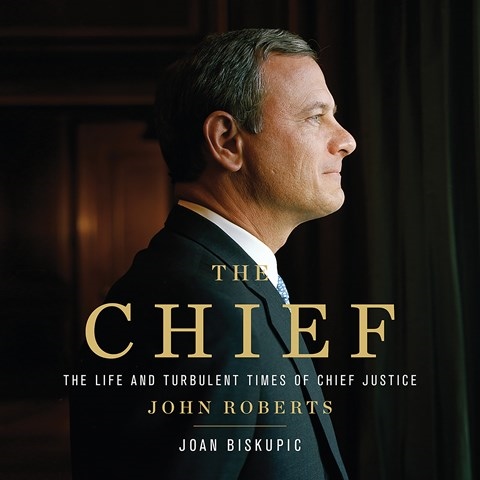 Narrator Jennywren Walker's narration lacks authority and engagement with this audiobook. CNN legal analyst Joan Biskupic has written a liberal's well-researched examination and critique of the life and rulings of United States Supreme Court Chief Justice John Roberts, who was appointed by President George W. Bush. Biskupic is critical of Roberts's consistently conservative values, thought process, and way of life. Listeners should be aware that there is politicizing in the jurisprudence analysis. Roberts's early life is presented in a chronological approach, and then the discussion moves to his court activities and rulings. Should the listener get past Walker's staid approach, there is much to learn from an insider's view of the American legal system. This is a fascinating life reasonably well described in the writing, but dimmed and muddied in the narration. W.A.G. © AudioFile 2019, Portland, Maine [Published: JULY 2019]