Home»Reviews»A PORTRAIT OF THE ARTIST AS A YOUNG MAN 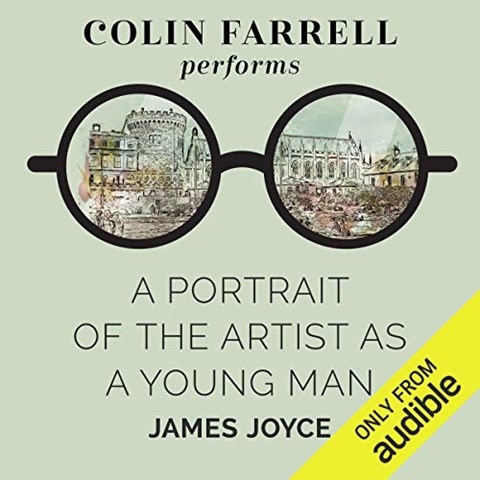 A PORTRAIT OF THE ARTIST AS A YOUNG MAN

Colin Farrell's narration of this classic certainly does not disappoint. James Joyce's prose often seems like it was written to be narrated because of its natural musicality and cadence. The story of young Stephen Dedalus, Joyce's first novel is a masterful attempt to capture the mind's eye. Farrell's emphatic, lilting voice follows Stephen's mind into the nooks and crannies of consciousness. His vocal characterizations are distinct and effective, especially his loud, bold portrayal of Simon Dedalus, Stephen's father, a striking contrast to the sensitive, soft-spoken son. Yet Farrell captures the many facets of Stephen's thoughts and emotions, which run the gamut from boldness to meekness. Farrell's ability to handle such a variety of emotions in creating Stephen's voice makes this relatively short audiobook a success. D.M.W. © AudioFile 2019, Portland, Maine [Published: MARCH 2019]