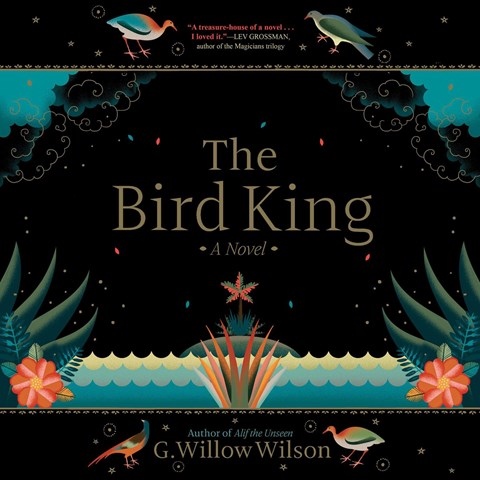 Elmira Rahim narrates a story about the exceptional power of friendship, love, and faith, set during the turbulent period of the Spanish Inquisition. As the inevitable fall of Granada looms, Fatima and Hassan, a royal concubine and the palace mapmaker, flee in an attempt to save themselves from the clutches of the Inquisition. While there are some slight pacing issues, Rahim believably conveys how young, and in some ways naïve, Fatima is, while still highlighting her remarkable courage and strength of will. The less-well-defined Hassan comes across as bland yet charming. Of the other characters, representing a wide range of backgrounds and cultures, Rahim is especially adept at portraying the Breton monk Gwennec, who plays a crucial role in the story. K.M.P. © AudioFile 2019, Portland, Maine [Published: APRIL 2019]