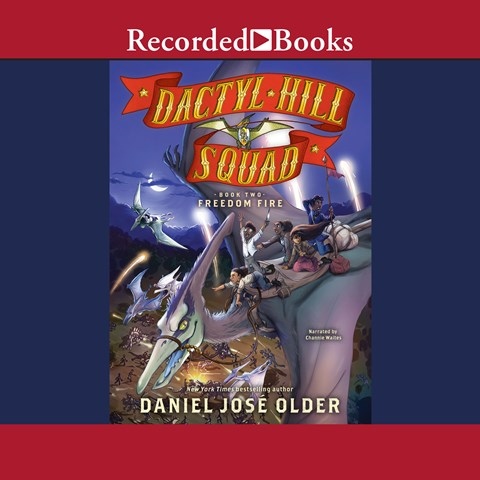 As this sequel to DACTYL HILL SQUAD opens, listeners find dinosaur wrangler Magadalys Roca and her team of pterodactyl-riding orphans en route from Brooklyn to New Orleans, where they hope to learn the fate of Magadalys's brother, a wounded Union soldier. Returning narrator Channie Waites brings boundless energy to this uncommonly nuanced Civil War story. Before the team members reach their destination, they're swept into battle alongside dino-mounted African-American troops, and Magadalys is forced to choose between finding her brother or using her powerful dino-wrangling ability to aid the Union war effort. Waites turns out distinct character accents; weighty emotional beats; and breathless, pulse-pounding battle scenes. Though her abrupt shifts in pitch and volume are occasionally jarring, Waites's lively performance is sure to hold listeners' attention. R.A.H. © AudioFile 2019, Portland, Maine [Published: JUNE 2019]