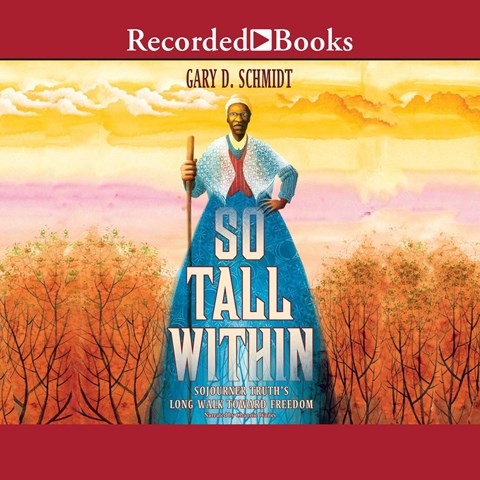 SO TALL WITHIN Sojourner Truth's Long Walk Toward Freedom

Narrator Channie Waites captures the pain, struggle, and ultimate triumph of a New York slave named Isabella, who later became known as Sojourner Truth. With precise, clear diction, Waites delivers the dramatic story of Isabella's fight for her and her son's freedom, emphasizing the impassioned quality of Schmidt's evocative prose. Waites uses distinct timbres and cold tones to depict the white master and his wife who enslaved Isabella. Later in her life, Truth walked thousands of miles across the country advocating for an end to slavery. This audiobook especially shines when Waites delivers Truth's own words, taken from her speeches. A biographical note gives more context to the story of this strong and influential historical figure. S.C. © AudioFile 2019, Portland, Maine [Published: FEBRUARY 2019]