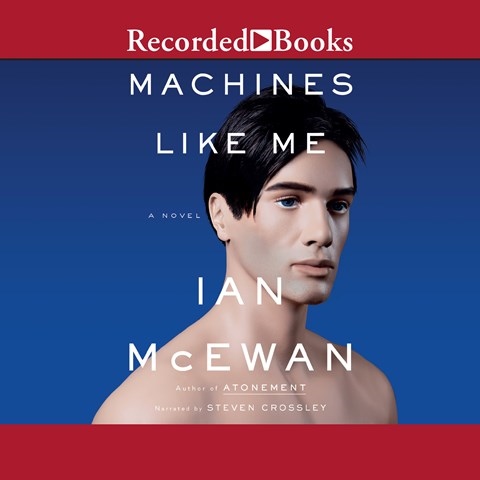 Steven Crossley is a frequent narrator for McEwan's novels, and one who conveys with subtle effect McEwan's most ingenious and subversive storylines. That voice is a modern variation of the detached, worldly narrator of classic British suspense fiction--a voice that might have fit Adam, one of the first 25 autonomous robots on the market, rather than Adam's owner, Charlie, this book's protagonist and designated narrator. Charlie is another of McEwan's hapless innocents, a struggling day trader in an alternative Thatcher-era London where Britain has lost the Falklands War, where WWII code breaker Alan Turing is a revered elder, and where Charlie becomes the first man cuckolded by a machine. This high-class entertainment challenges the mind, tests the wits, and teases and confounds the imagination at every turn. D.A.W. Winner of AudioFile Earphones Award © AudioFile 2019, Portland, Maine [Published: MAY 2019]