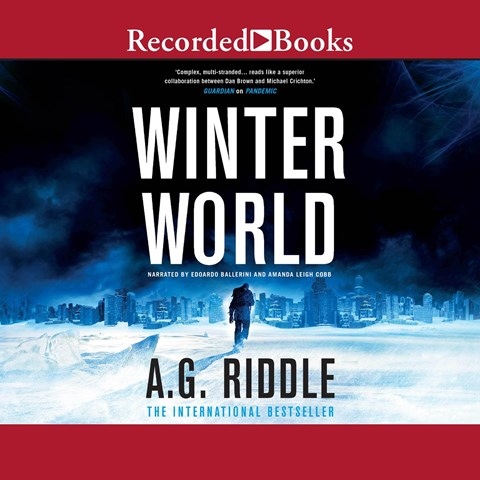 Narrators Edoardo Ballerini and Amanda Leigh Cobb alternate first- person chapters in this apocalyptic sci-fi audiobook in which Earth is freezing and the threat is coming from the stars. A team of scientists is launched into space to try to stop the threat and rescue a stranded astronaut. Ballerini and Cobb deftly portray a large cast of characters with diverse backgrounds--Iranian, Russian, American, and even a space creature. Ballerini's and Cobb's voices are impressively in sync; they give each of the characters similar vocal styles, preventing listener distraction or confusion. While the science part of the fiction does not always add up, the performances are earnest and compelling. A.R.F. © AudioFile 2019, Portland, Maine [Published: MAY 2019]