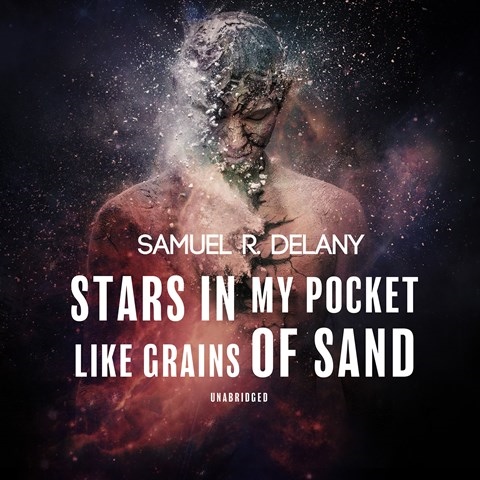 Listeners require a skilled docent such as narrator Stefan Rudnicki to help them fully absorb this audiobook of Delany's masterwork. This dense slab of science fiction is crammed with characters, both alien and human, with fluid gender identities, and populated with planets near and far. But Rudnicki's melodious rumble makes this lengthy journey--which threatens to be overwhelming--much more intelligible and enjoyable. For this is at its heart a story of doomed love between two men: RAT Korga, the monosyllabic lone survivor of a destroyed planet, and Marq Dyeth, a silver-tongued industrial diplomat from a noble line. Rudnicki capably brings to life the emotions of their short relationship amid chaotic times. It's a narrative both tragic and bittersweet but well worth the listen. D.E.M. © AudioFile 2019, Portland, Maine [Published: JULY 2019]