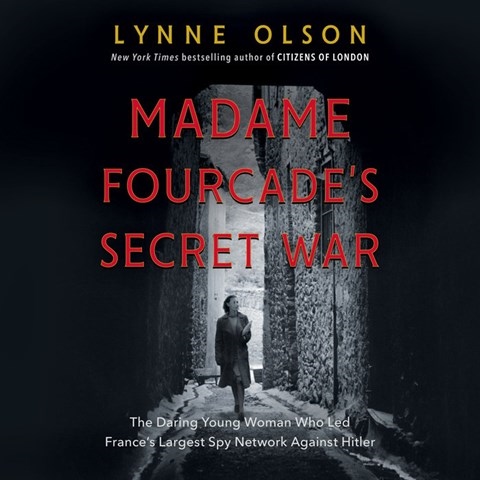 This well-researched audiobook resembles a thriller with its fast-paced action and multiple cliff-hangers, but it's the biography of a real-life French spy in WWII. The subject of the title, Marie-Madeleine Fourcade, led the Alliance, a network of three thousand agents who repeatedly risked their lives gathering intelligence in an effort to rout the Nazis and their Vichy collaborators from France. Narrator Kimberly Farr has clear diction and a grasp of French and German pronunciation, but her peppy tone doesn't always match the gravity of the story, and her attempts at men's voices seem half-hearted. Nevertheless, the story is a riveting one, as Fourcade's group was able to supply the British and American military with, among other intelligence, materials from submarines and a detailed map of the beaches where the Allies would land on D-Day. L.W.S. © AudioFile 2019, Portland, Maine [Published: APRIL 2019]