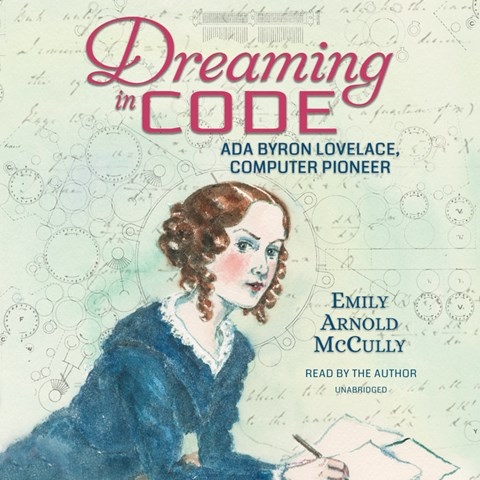 While some authors' attempts to narrate their own stories fall short of listeners' expectations, Emily Arnold McCully's performance of this audiobook about computer pioneer Ada Byron Lovelace demonstrates that her voice is just as connected to her words as her pen. In a steady and emphatic tone, McCully sets the stage for Lovelace's birth, offering listeners brief background on the short-lived love affair of her parents, Lord Byron and his wife, Anne. Delving into Ada's unusual upbringing, McCully maintains an engaging storytelling cadence, breaking the rhythm only when she delivers occasional quotes from Ada or those around her. McCully voices Ada with a confident air, though she often shows off the historical character's stubbornness with clipped words. Listeners will appreciate McCully's approach to Ada's biography as they learn fascinating facts about a woman who made groundbreaking discoveries in computer science. V.T. © AudioFile 2019, Portland, Maine [Published: MARCH 2019]