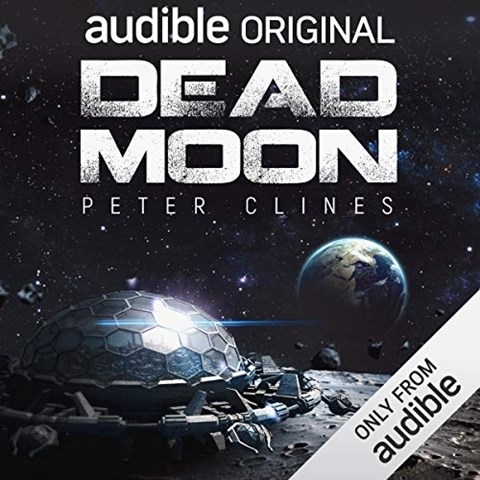 Narrator Ray Porter actually catches a break with this gruesome science-fiction audiobook. Much of this thriller's cast is composed of thousands of silent zombies, so Porter doesn't have to differentiate much among them. Set in the year 2243, the story takes place on the moon, which serves as a cemetery for the overpopulated earth. Escaping her life on earth, Cali Washington enlists as a Caretaker, one of the corps who inter the dead. Then a meteor hits the moon, and life goes to hell. The dead rise, attacking the dozens of living "lunars" and tourists. As a result, Porter deals with a rapidly diminishing cast. But he still shines while bringing to life multinational characters, ably employing distinctive accents and timbres. He really ramps up the tension as a dwindling handful of survivors struggles to save humankind from a chilling threat. D.E.M. © AudioFile 2019, Portland, Maine [Published: MAY 2019]