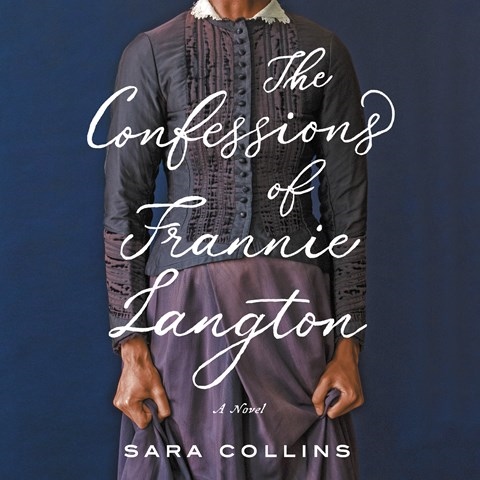 THE CONFESSIONS OF FRANNIE LANGTON

This fictional but plausible memoir features a lesbian mulatto servant who is accused of killing her master and mistress in 1825 London. Sara Collins narrates her own novel in a voice filled with resignation; her voice sounds upper-class English with Caribbean intonations. Frannie's terrible suffering is clear--she was once a slave on a Jamaican sugar plantation who was forced participant in grisly pseudoscientific experiments and then was given to another degenerate scientist. Collins makes us care about Frannie. Narrator Roy McMillan's role is to read official documents and newspaper accounts. This story is slow at times and overcrowded with similes, but the narrative will move the listener, as will the hopeless, desolate voice of Frannie. D.L.G. © AudioFile 2019, Portland, Maine [Published: AUGUST 2019]