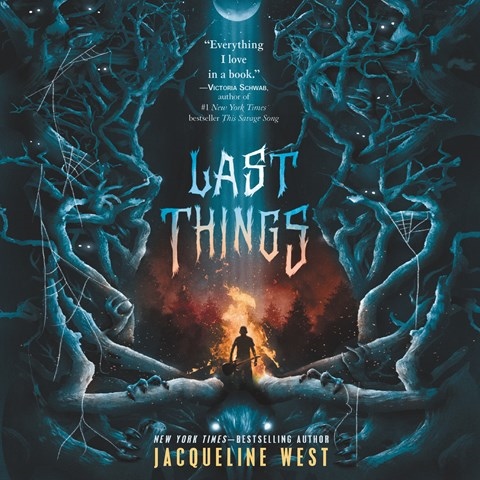 Lisa Flanagan and Josh Bloomberg narrate this story told from two points of view. In a northern Minnesota town, talented Anders and his heavy metal band draw crowds from near and far. Worried about Anders's safety, Thea hides in the shadows in hopes of keeping dark forces from claiming the teen prodigy. As is sometimes the case when there is more than one narrator, some unevenness in the performance of this audiobook is noticeable. While Flanagan and Bloomberg both realistically execute their first-person portrayals of Thea and Anders--with regard to the secondary characters, Flanagan's male voices are stronger than Bloomberg's female ones. All in all, though, this is a worthy listen, sure to entertain. A.L.S.M. © AudioFile 2019, Portland, Maine [Published: AUGUST 2019]