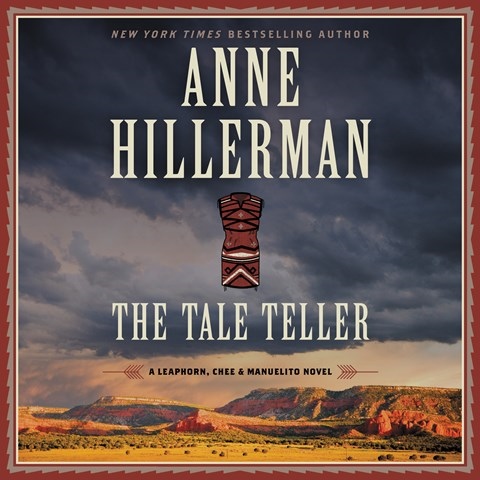 Narrator Christina Delaine expertly weaves the web of Anne Hillerman's latest mystery, which continues Hillerman's father's popular detective series featuring Leaphorn, Chee, and Manuelito. Delaine is required to to pronounce Navajo words and to distinguish a variety of voices; she capably portrays male, female, young, and old and also skillfully depicts Leaphorn's struggles to articulate thoughts as he recovers from a gunshot wound to the head. Leaphorn may have retired from the Tribal Police, but when he's called on to investigate the disappearance of a priceless artifact, he crosses paths with that of Manuelito and Chee, who are working on a parallel rash of burglaries. Delaine is especially good at insightfully portraying this absorbing mystery's female characters. J.C.G. © AudioFile 2019, Portland, Maine [Published: MAY 2019]