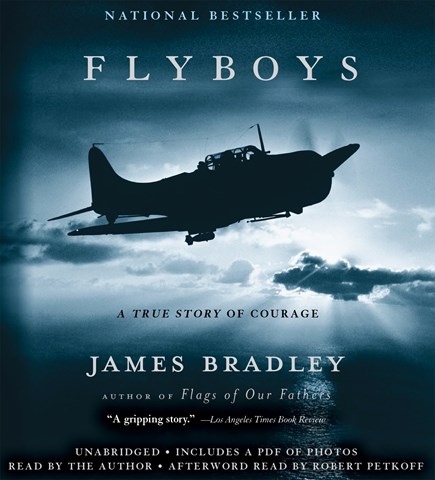 FLYBOYS A True Story of Courage

FLYBOYS, the story of the U.S. air campaign against Japan during WWII, is told in exacting detail by James Bradley, author of FLAG OF OUR FATHERS. In this biography, Bradley describes the Japanese military mind and attitude toward foreigners and tells of their actions toward their own soldiers and the men they captured during the war. Bradley reads his work in a matter-of-fact tone, never emphasizing or downplaying the atrocities on either side of the war. The graphic, horrific details of Japanese torture, mutilation, murder, and cannibalism are recited calmly and succinctly by Bradley, as are the detailed results of America’s bombing of Japan. M.B.K. 2004 Audie Award Finalist © AudioFile 2004, Portland, Maine [Published: AUG/ SEP 04]