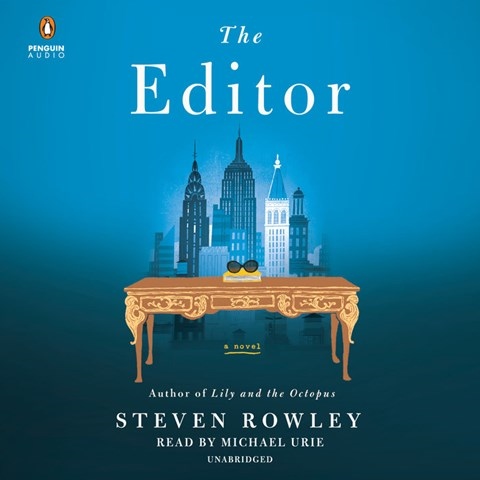 Michael Urie narrates this novel about author James Smale, whose big break comes when the novel inspired by his dysfunctional family is picked up by Jackie Kennedy Onassis, an editor at a major publishing house. The story moves back and forth between the novel, his actual family's story, and interactions with his famous editor. Urie's performance is inconsistent. He captures the voice of James as narrator and character as the writer swings from uncertainty to fawning and then to confidence in the value of honesty in telling his story. Other voices are less successful. Jackie's distinctive breathy voice comes off in the narration as inconsistent and lacking in personality. Also, the ends of sentences are often lost in inconsistent pacing and enunciation. N.E.M. © AudioFile 2019, Portland, Maine [Published: MAY 2019]