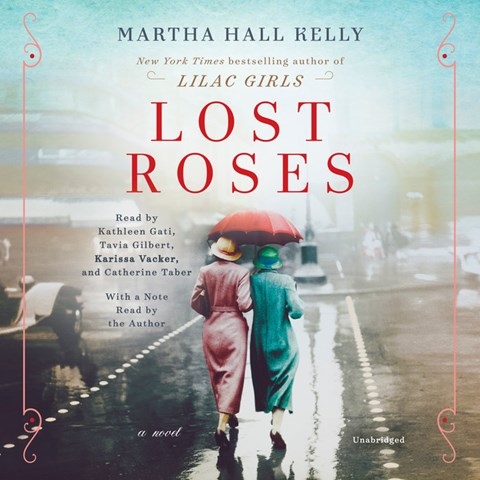 Each of the narrators delivers this story of love and friendship from an individual character's perspective. The novel involves the Russian Revolution of 1914-1917 and the upper classes of New York during that period. Tavia Gilbert adopts a passionate, sometimes strident, voice for Eliza Ferriday, New York socialite and protector of White Russian emigrés. Kathleen Gati uses a soft, sophisticated tone to portray Sofya Streshnayva, cousin to the czar, while her younger sister, Luba, depicted by Catherine Taber, has a young, hopeful voice. In contrast, Russian peasant Varinka is portrayed in harsh consonants and vowels by Karissa Vacker. Flawless, passionate narrations sweep listeners into the turmoil of war, revolution, and dislocation. M.B.K. Winner of AudioFile Earphones Award © AudioFile 2019, Portland, Maine [Published: JUNE 2019]