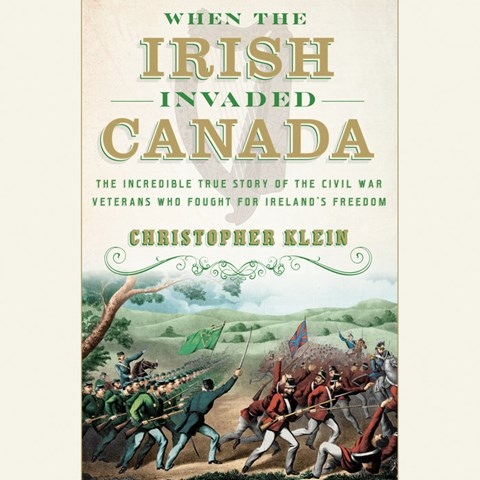 Narrator Malcolm Hillgartner deftly navigates his way through this little known piece of history. He recounts the stories of Irish immigrants who fought in the American Civil War and who shortly after invaded Canada for the purpose of using the British province as a pawn in the quest for Irish independence from England. Because of the wide range of characters and nations involved, Hillgartner must employ English, American, Canadian, and, most importantly, Irish accents. The way he slips between the array of voices is seamless. Listeners find themselves on the front lines of these seemingly impossible invasions and battles. History buffs who are longing to learn something new about America after the Civil War will enjoy this engrossing audiobook. A.R.F. © AudioFile 2019, Portland, Maine [Published: APRIL 2019]