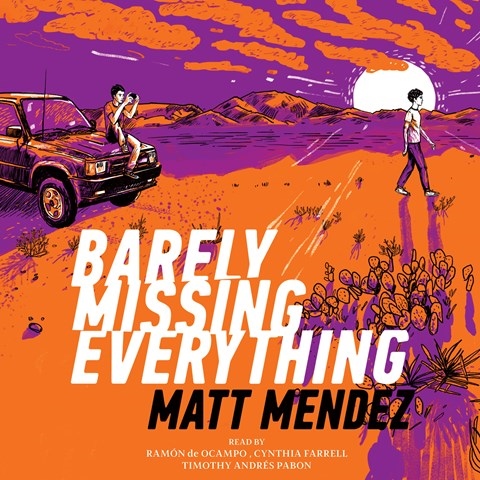 Three narrators tackle the struggles of Mexican-American teens and their families in El Paso, Texas. Each narrator provides a precise portrayal of Mendez's fully realized characters: Juan; his mom, Fabi; and his best friend, JD. Timothy Andrés Pabon captures Juan's coolness and his frustration with being the star basketball player on a losing team. Cynthia Farrell embodies Fabi's guilt at her inability to do more to ensure her son's future. As JD, Ramón de Ocampo is true to the teen's quirky film passions and family pain. Though all three narrators excel at giving voice to the Spanglish dialogue, the story's sudden shifts in point of view can be momentarily confusing. Nonetheless, fans of #ownvoices fiction will be enamored by this compelling and socially aware listen. E.A.N. © AudioFile 2019, Portland, Maine [Published: APRIL 2019]