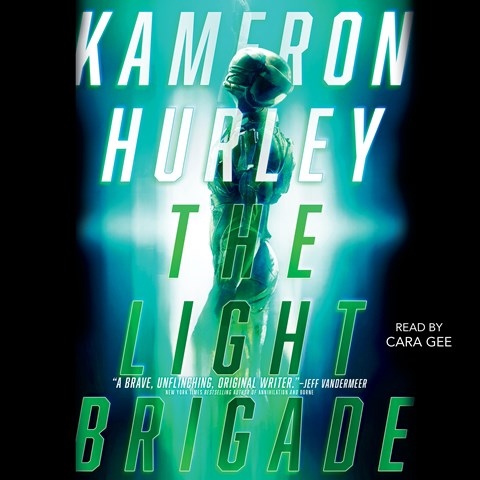 Narrator Cara Gee perfectly evokes the weary drawl of a battle-hardened soldier in this intricately constructed science fiction audiobook. The listener follows Dietz (first name unknown) through her mandatory training in the Corporate Corps. She learns to follow orders, to kill, and to cross the galaxy as a beam of light in order to fight the enemy that attacked her planet and destroyed her family. Gee's surface-level portrayal of Dietz seems flat and unemotional--but in a nuanced way that hints at deep anger and confusion. Gee gets more to chew on as the war progresses and Dietz becomes frightened about what's really going on. Jackie Sanders aces her small role as a corporate interrogator who tries to break Dietz. N.M. © AudioFile 2019, Portland, Maine [Published: JULY 2019]