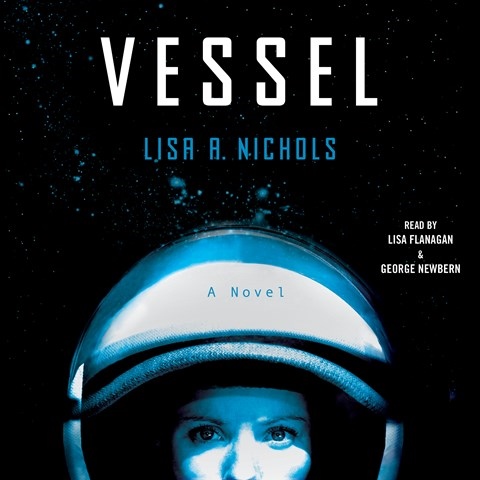 by Lisa A. Nichols | Read by Lisa Flanagan, George Newbern

Lisa Flanagan and George Newbern's dual narration underwhelms listeners in this sci-fi thriller. After a disastrous six-year space mission, Catherine Wells makes it back to Earth as the sole survivor onboard Sagittarius I. Without a single recollection of her nearly decade-long space expedition, Catherine doesn't know what has become of her crew. Meanwhile, Sagittarius II embarks on a similar mission. Catherine must race against time to unlock her memory before it's too late to warn the new crew of what lies ahead. Newbern's lighthearted tone contrasts with Flanagan's compelling one. The work itself is engrossing, but Flanagan is the only one who elevates it further. Those willing to ignore the lapses will be captivated by this sci-fi "fix." A.C. © AudioFile 2019, Portland, Maine [Published: JUNE 2019]