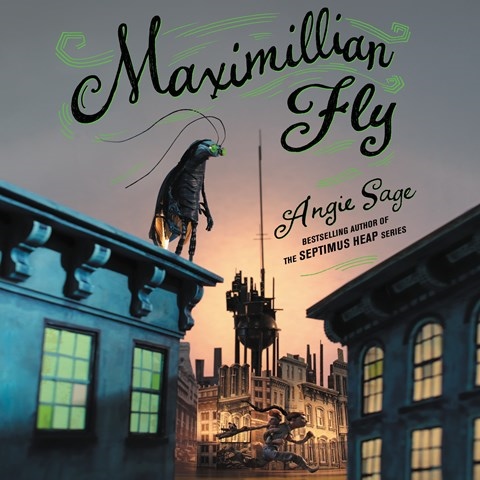 Driving rock music sets the scene for this gripping audiobook set in a bleak dystopian world. Maximillian Fly looks like a human-sized cockroach, but his gentle voice reflects his sensitive nature. When he harbors two children who are running from the oppressive government forces that killed their parents, his quiet life takes an adventurous turn. All the narrators in the ensemble cast contribute to the richness of the story's characters. Kaitlin sounds tough and street-smart, and her younger brother sounds terrified and confused. The full cast also helps listeners keep track of the story's different perspectives and has the fascinating effect of letting listeners hear Maximillian's voice the tinny, robotic way that humans hear it, in contrast to the way he hears himself. S.C. © AudioFile 2019, Portland, Maine [Published: JULY 2019]