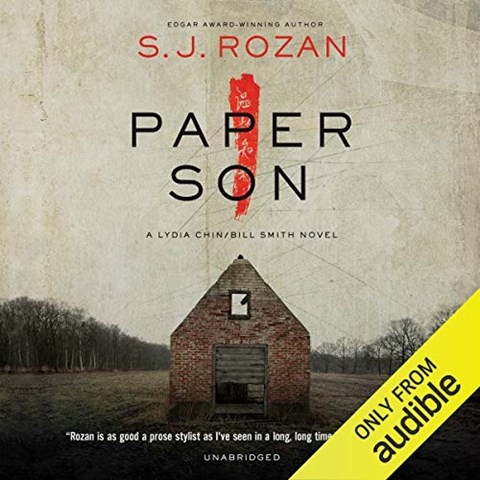 Narrator Emily Woo Zeller masterfully voices New York Chinese and Mississippi Delta Chinese, as well as Southern black and Caucasian characters, in this long-awaited addition to the Lydia Chin and Bill Smith series. At her mother's insistence, P.I. Chin and her partner travel to the Mississippi Delta to establish the innocence of a cousin who is accused of having murdered his father--this branch of the family is previously unknown to Chin. Zeller's talent as a narrator shines from the start with her performance of Chin's stern, disapproving, yet loving mother. The history of the Chinese community in the Delta is fascinating and deftly delivered. Listeners new to the series will be able to quickly pick up on the characters. E.Q. Winner of AudioFile Earphones Award © AudioFile 2019, Portland, Maine [Published: AUGUST 2019]