Home»Reviews»A SON AT THE FRONT 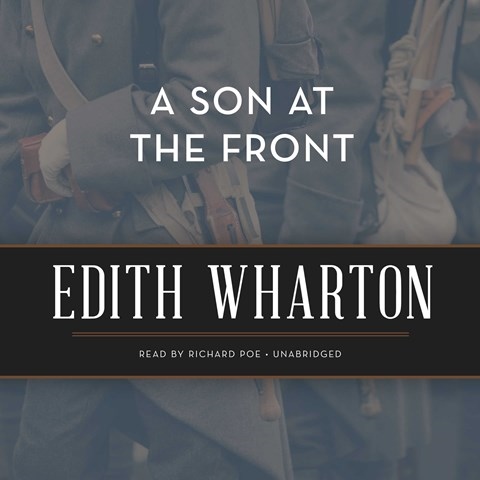 A SON AT THE FRONT

Richard Poe articulately narrates a moving story of parents struggling to deal with their son's departure for WWI. The novel focuses on middle-aged American painter John Campton and his former wife, Julia Brant, who come together when their son, George, is drafted into the French army. Poe portrays Campton as a gruff, stubborn artist; this overarching characterization nicely contrasts with the moments when his intense emotion for his son breaks through. Poe's portrayal of young George in a youthful, cheerful cadence also provides contrast. Wharton's story artfully puts the listener in Campton's shoes, and Poe's attentive narration and faithful vocalizations make this audiobook an absorbing listening experience. D.M.W. © AudioFile 2019, Portland, Maine [Published: OCTOBER 2019]