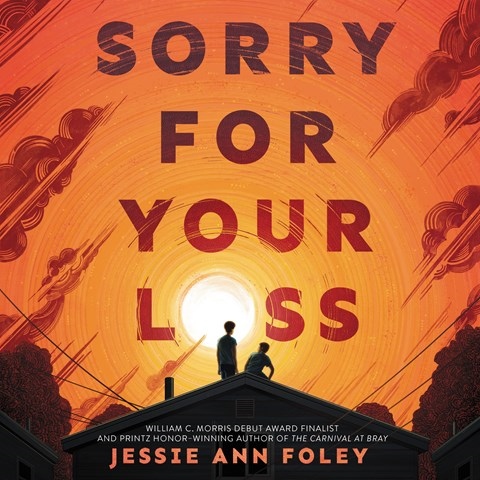 SORRY FOR YOUR LOSS

Narrator Ron Butler has a challenging task in describing Pup Flanagan's large family. Sixteen-year-old Pup is the youngest of five "sister-mothers" and Luke, an angry, alcoholic brother. Butler manages to distinguish all of them, their overwhelming collective presence, and the unexpressed grief that lingers after the death of Patrick, the oldest. Though it's been two years, Pup is listless at school, uninvolved in his studies. The stress of watching Luke's descent into alcoholism, seeing his parents' inattention to life, and missing the loving support of Patrick saps his energy. New beginnings come when Pup breaks out of the role of youngest child, discovers personal expression through photography, and finds the courage to confront the painful silence and hidden hurts of his family. A poignant, believable portrait of grief. S.W. Winner of AudioFile Earphones Award © AudioFile 2019, Portland, Maine [Published: JUNE 2019]